If you follow me on Twitter or are friends with me on Facebook, you know that the thing I am most excited about at the moment is my upcoming excursion to Chicago and C2E2 (4/25-27). The Chicago Comic and Entertainment Expo (C2E2 for short) is only a few years old, but ReedPop has cemented the show as one of the g0-to geek destinations.

**Begin Shameless Plug**Mr. Geeky V will be appearing at the Nerd City booth (booth 750) with Battle Babies, along with our amazingly talented friend, Brandon Barker of ManOrMonster? Studios (and a ton of other rad people, like Ben Spencer of Galaxxor, Alexis Ziritt, and Marty “the Godbeast” Hansen). This is the first show we’ve done outside of HeroesCon (which we’re doing again this year), so I’m interested to see what it’s like to be a part of a show this size.**End Shameless Plug**

Chicago is one of my favorite cities, so I’m excited to return. Like Ben Wyatt on the Iron Throne excited.

Yeah, that’s pretty much where my head is right now.

Comics! It’s no secret that I am the Indiana Jones of digging through longboxes. Luckily, most of the things I collect are relegated to quarter and 50-cent bins (or dollar bins if you’re fancy). The main thing I’m looking for is to fill holes in my Daniel Clowes collection. I’ve made the list of Eightball comics I need, so I’m ready. Oh, and Marvel Age #38, which is the only comic featuring He-Man that I don’t have. Other than that, I’m looking for Defenders, Elvira’s House of Mystery, and any comic based on a toy line, like Madballs or Starriors. Oh, and I’m always on the prowl for new indie books. I may not make it to Quimby’s this time around, so I’m hoping there are tons of indie creators with their wares in Artists’ Alley.

Toys! This is a whole new venue to search for new acquisitions for the collection. Who knows what this show will hold for toy hunting? I know one thing I’m always disappointed about at most toy shows/cons is the lack of designer vinyl. I don’t think I’m going to have that problem at C2E2.

Geeky Fashion! Mr. Geeky V tells me I have way too many damn t-shirts, but there are always cooler t-shirts out there. (I seriously need a shirt intervention, but it’s hard when you have friends who design cool things, and also, I hate a lot of the t-shirts I’ve acquired over the years. I’m cooler than I used to be.) More than t-shirts, though, I’m looking for cool jewelry, skirts, or even a new tote. I have tons of items saved in my Etsy favorites, but I love seeing things in person, so I’ll be on the hunt for geeky fashionistas who know their way around a sewing machine and jewelry findings.

Embarrassing Myself in Front of Famous People! OK, so maybe this one won’t happen, but there will be a lot of opportunities to make a fool of myself in front of people I admire. I’m really hoping to catch Ernie Hudson eating a sandwich again, but that was probably a once in a lifetime thing.

People! As excited as I am about collection expansion at C2E2, I’m most excited about spending time with my pals there. And with events like the Toy World Order Meet-Up (and hopefully a Tweet-Up for my pals on Twitter attending the show), I’ll have a chance to meet people I’ve interacted with online in the real world and make new friends. I also apologize in advance for how hyper I’ll be there. I’m a week out from our departure to the Midwest, and I’m already super excited, you guys. Imagine how I’ll be when I’m actually there. (KABOOM! HEAD EXPLOSION!) 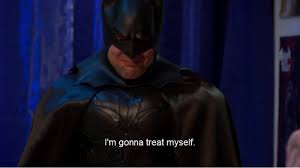 Outside of the Con

Food! Chicago is a great town for food, so I’m excited to be there for more than one day so we can eat delicious things. (Plus, there’s an amazing Indian buffet in West Lafayette, Indiana, that I’m definitely hitting before we head to Chicago.)

Drink! I have been known to imbibe an adult beverage or “2” (ha ha), and I’m sure there will be opportunity for this on our journey.

Stores! So I know we won’t have an inordinate amount of time for things outside of C2E2 during the day, but there are a couple of places I want to stop while we’re in town. One is Quake, which is a super cool vintage toy store that specializes in all things amazing. Most of all, though, I want to visit Toy de Jour. This store has only been open a month or so, and they have captured my heart with their pictures on Instagram. They have a great selection of vintage toys and other items, as well as arts, and I’m told farts. (Seriously, look them up on Facebook and Instagram. They are good people.)

Chicago Toy Show! As if C2E2 weren’t enough, the Sunday it ends (4/27) is also the day of the Chicago Toy Show. Talk about an opportunity for collection expansion–I’ve been to the October show two years in a row, and it is massive. I’m excited to see what the spring show is like. (Spoiler alert: it will be amazing, if for no other reason than my friends will be there, as well as a shit ton of toys.)

So what about you, gentle readers? Are you heading to C2E2? Do you get “Ben Wyatt on the Iron Throne excited” at events like this? Is there anything I should check out while I’m on my Midwestern excursion?