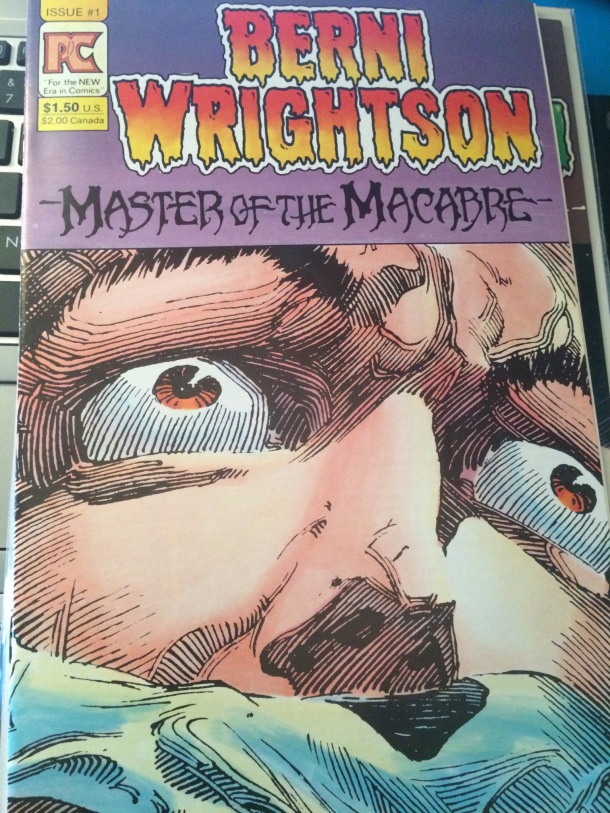 Berni(e) Wrightson: Master of the Macabre #1

In 1983, Pacific Comics published a five-volume comic set that featured a retrospective of Bernie Wrightson’s work. (Is it Berni or Bernie? I feel like it’s Bernie, but there’s a certain period in his life that he went by Berni. When I met him, it was Bernie.) Pacific Comics is one of my favorite indie publishers, as they did cool things like this and Jack Kirby’s unofficial continuation of The New Gods titled Captain Victory and the Galaxy Rangers.

Each comic features two or three stories, and for this piece, I’m going to select one title page and one image from that story.

Wrightson and Poe are a match made in comics heaven. The story is amazing, and Wrightson illustrates it well. What’s next?

On to #2. This one features one of my favorite horror comics of all time, “Jenifer”. I didn’t photograph that one because you need to seek it out and read the whole thing. I chose the HP Lovecraft story, “Cool Air”.

Even the title on this one is gorgeous!

Again, pairing Wrightson with an icon like Lovecraft (who was good at horror but not so good at not being an awful human being sometimes), is a great idea.

As the Foo Fighters would say, “Done, done, and on to the next one.”

In #3, I selected a story about monsters under the bed, “Nightfall.”

Ooooooooooh, I love it.

Monsters under the bed are another good idea where Wrightson is concerned. 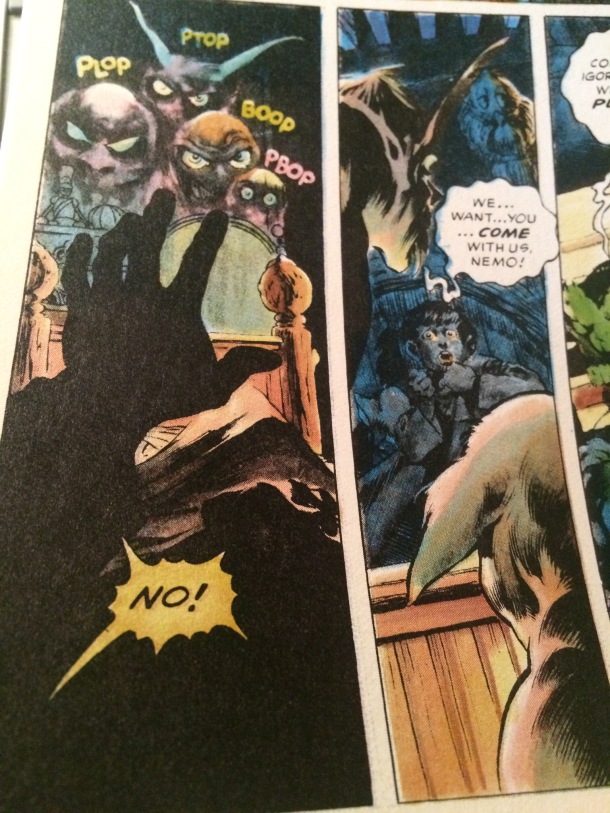 I love that a monster says “Boop!”

I wonder what’s in store with issue #4?

This looks like if Peter Cushing were a mummy.

Again, I chose a classic for this issue–“The Legend of Sleepy Hollow,” which is compulsory reading this time of year.

I love the shadows on this piece.

What can be said about this? Not much that the pictures don’t already say. 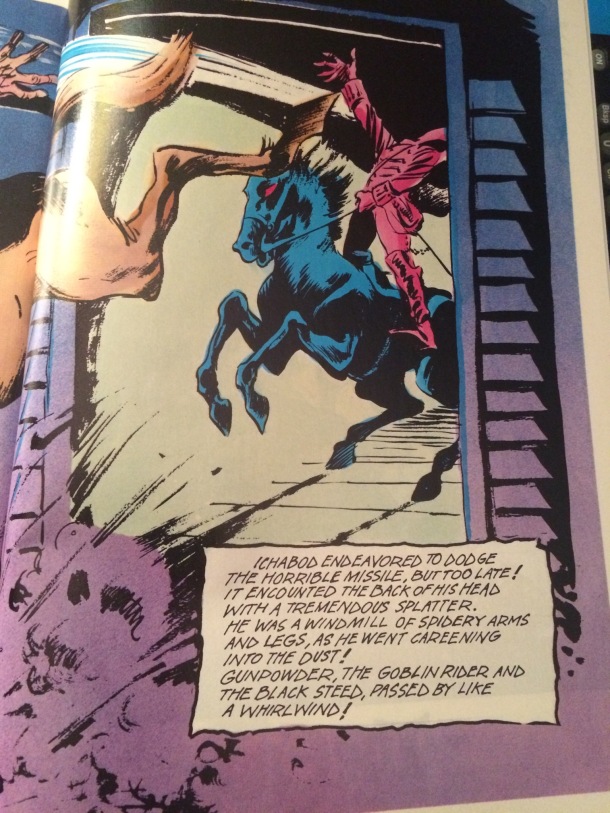 This is one of my favorite denouements to a story ever.

Is there anything scarier than a headless horseman hurling a pumpkin at your head? Not if you’re Ichabod Crane!

And now we come to the last one.

This is beautiful. Notice we’ve moved from Pacific Comics to Eclipse Comics.

The cover for this one reminds me of the work Wrightson is currently doing on IDW’s Frankenstein…Alive, Alive with Steve Niles. (Such a good book!)

The last story I chose is one about the dangers of bootlegging.

This is a little different in style, but Wrightson does such a great job of setting a tone.

Uncle Bill and his barrel could be trouble!

Such a cool trio of images.

This story reminds me of an episode of Tales from the Crypt. I love this story.

So there you have it! And because you’ve been so good, I’ll show you “Jenifer”.

Egads, look at that tree.

This story is chilling and disturbing. DISTURBING. Like, I made Mr. Geeky V read it and he didn’t like me for a few hours. 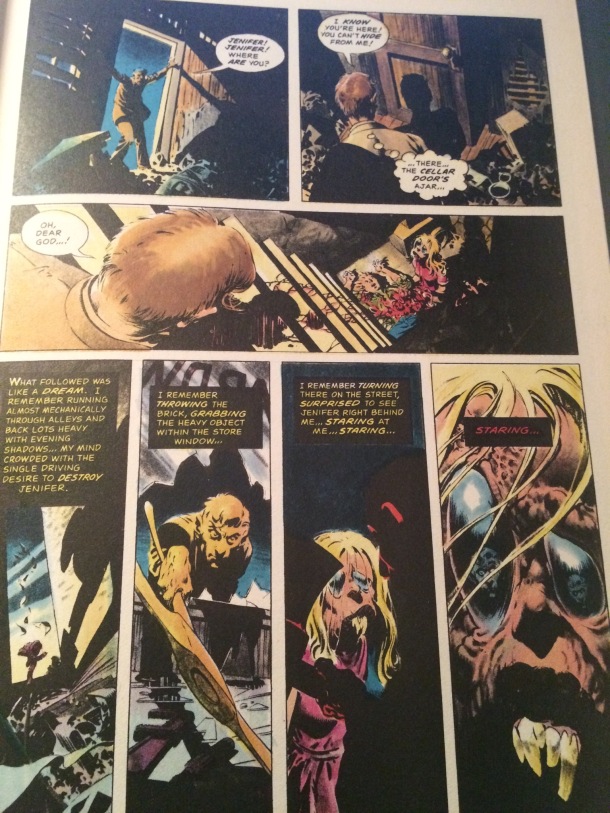 So yeah, I guess that happened. Sorry about that.

I don’t know how readily available these are, but if you ever run across them in longboxes at your local convention or shop, definitely pick them up. It’s a great way to collect some of the best work from a master of comics  horror.

One thought on “Weirdo Wednesdays: Bernie Wrightson Master of the Macabre”